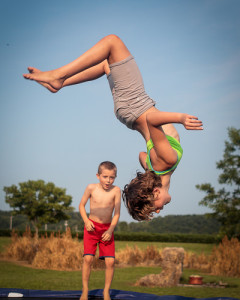 Motivation is defined as the general desire or willingness of someone to do something. That’s a pretty simple definition, yet it’s one of the more elusive traits to cultivate in ourselves as well as others.

He talks about popular advice that he’s found to be “Not wrong as in a ‘little bit off’ or ‘not quite right.’ But just plain wrong-flatly, flagrantly, fatally incorrect.” Pretty bold statement which is one reason Pink is so good and why he’s an authority on doing things differently.

His insights are remarkable and kind of funny. Here are four (of sixteen) that jumped out at me:

Start doubting yourself. He’s not talking about negative self-talk. He discusses the merits of taking the simple declarative “We can fix it!” and making it a question “Can we fix it?” Social scientists have found that self-questioning groups solve significantly more problems than self-affirming groups.

Pay people too much. Paying great people more than market rates (according to researchers) helps attract better talent, reduces turnover, and boosts productivity and morale. Pay people more to get them to focus on the work rather than the cash.

For Pete’s sake, talk like a human being. For some reason, we tend to speak human at home and “professionalese” at work. And that might be hurting our businesses more than we realize. And when something goes wrong, a simple “I’m sorry” goes a long way.